Sarah Weddings > Uncategorized > The Guest List: The Foundation of Your Wedding 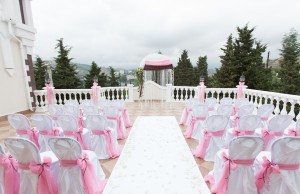 So he popped the question and the planning for your big day has begun. Hopefully you’ve already had the pre-wedding talk about what each of you expect when you walk down the aisle and hopefully you both agree about whether this is going to be an extravagant affair or an intimate gathering for only those closest to you. Whatever the case may be, your guest list is going to determine a lot of that for you and the two of you had better agree when it comes to the three major groups that may (or may not) be sitting at your ceremony.

As long as there isn’t any bad blood among your relations, your family is one of the groups that should be a given on your guest list. Immediate family like your mother and father should be included as well as any siblings. And if you’re unsure about which extended family to send invitations to, try talking to your parents to get suggestions about which members would be interested. If you have family from out of state, they may appreciate the invitation but won’t be able to travel. In cases like this, you sending an invitation is more like a gesture than anything else.

If you are close with your friends, choosing which to invite may be a difficult process. If you’re going for an intimate wedding, Take two or three friends that are more like family than anything else and explain to anyone else who expected an invitation that you are keeping it really small. It may be a good idea to have a party later on to celebrate with those who you consider more of your acquaintances to show them that they’re still a part of your social circle. And just a little tip: don’t invite exes. It’s just a bad idea.

Co-workers are that weird gray area that you get to when creating your guest list. You have your work friends – those friends that you feel like you’re besties with while at the office but don’t associate much aside from that. Your co-workers are probably excited for your upcoming nuptials as well and it can be tricky if you invite one colleague but not another. Use this as a general rule: if you see your co-worker for fun outside of work, feel free to invite them even if you’re trying to keep it relatively small. Your other co-workers will understand why they weren’t chosen to go to the ceremony (and may be a bit relieved that they aren’t required to buy you a gift).

Your guest list is going to serve as the foundation of your wedding planning, determining how many people you’re going to have to feed, provide drinks for and seat in a reception hall. It may be tough to sit down and hammer out who’s important enough to make the cut and who’s not but you’ll be thankful when it’s all over to have all the most important people there on the most important day of your life.

Looking for a Subiaco Florist for a flower delivery?

Subiaco Florist is a fully customer oriented floral provider and provides their customers with the highest level of quality and convenience possible. If you need to send flowers to Subiaco immediately, shop at http://subiaco.florist/. Subiaco Florist even offer same day delivery services for all orders that are placed before 2PM on weekdays and noon on Saturdays.